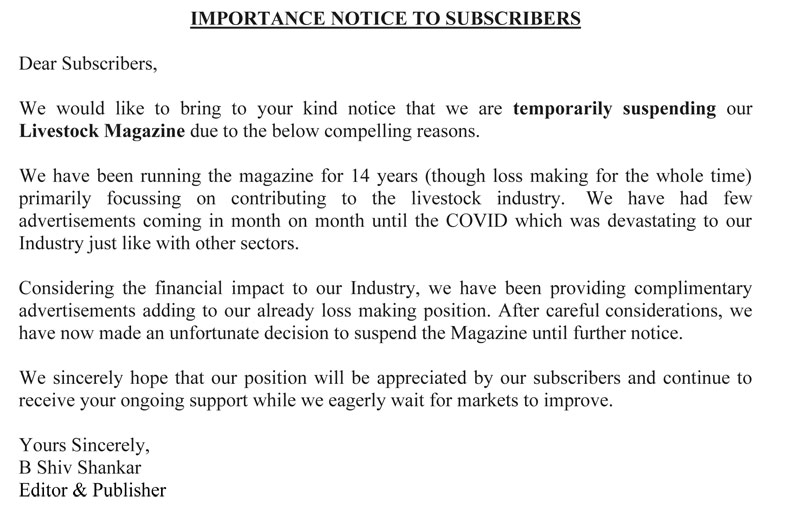 Advertising with us.. reach widely in market
Click here

The magazine “Poultry Line” under the banner of Tezasvi Publications was launched in the month of January 2001, with the pious aim of serving the Poultry Industry and the farmers at large. It embarked upon the subscription of significant scientific articles and latest know-how of Poultry developments by eminent doctors and scientists from time to time. The most salient feature of the magazine is its Editorials of essence depicting the factual